A casual but somewhat challenging game about grappling to new heights.

Click with the mouse to grapple, and click again to release. Time the release correctly to fling yourself skyward. Hitting the start of your rope will stop your momentum. Avoid the enemies and ascend to the goal!

Original soundtrack can be found here on my SoundCloud:

I uploaded a playthrough here if you want a little extra commentary.

Nice game there, will try it out later.

Woah, I love this ! It really makes time go really fast ! The music and art are seriously amazing and are the big highlight for me !

Thanks, I'm glad you enjoyed the game!

Reply
The GDWC2 years ago

Very nice game! I ended up spending more time replaying it without even realizing. It was a perfect mixture of being fun and a challenge. The music and art style also fit very nicely together!

One thing that happened for me when playing was that when I gained momentum with the grappling hook I almost went halfway down the map which was a little annoying at times if I accidentally then hit an object that would kill me, but maybe that's just part of the game :D

I don't know if you've heard of Game Development World Championship before (gdwc2019) but it's a competition for indie game developers where they can submit their games and it's free! It's great if you want some more visibility for the game and it only takes a couple of minutes to join :)

Thanks! And yeah, the hail-mary flings are definitely risky.  As for GDWC, I remember your comment about it on TER, and it looked interesting!

Nice, grappling hooks! Excellent use of momentum for gameplay. Good music too!

Thank you! Writing the music is probably my favorite part of game jams.

Amazing in every way. Level 2 is a lot harder but If you don't suck it is possible.

I like the mechanics, in some cases is a bit difficult because you need to do all the level again :'v Also I love the music of the second level, it reminded me " the core" of the Undertale :D

I'm glad you got the core reference! I actually had checkpoints planned, but ran out of time.

Nice and entertaining game, the gameplay is smooth, the graphics and audio is great. I had a hard time navigating in the beginning of the 2nd level though.

Thanks! I thought about putting lots of arrows at the start, but there are so many ways up that I wanted the player to choose their own path.

That would actually make more sense than the lizard ninja I have now....

Thanks, I'm glad you enjoyed it! 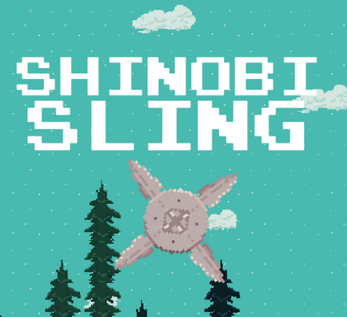